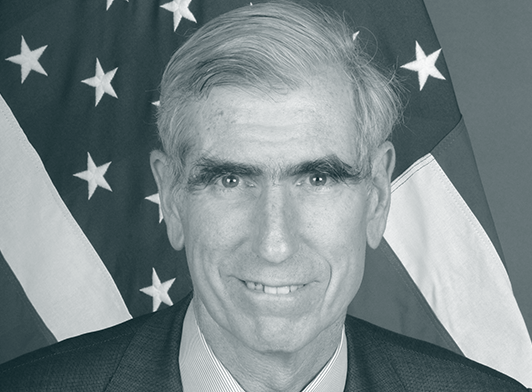 Ambassador C. Boyden Gray is the founding partner of Boyden Gray & Associates, a law and strategy firm in Washington, D.C., focused on constitutional and regulatory issues. Mr. Gray worked in the White House for twelve years, first as counsel to the Vice President during the Reagan administration and then as White House Counsel to President George H.W. Bush. In the George H.W. Bush Administration, Mr. Gray was in charge of judicial selection and received the Presidential Citizens Medal. Under President George W. Bush, Mr. Gray was U.S. Ambassador to the European Union and U.S. Special Envoy to Europe for Eurasian Energy. Mr. Gray is on the Board of Directors of the Atlantic Council, the Federalist Society, Reason Foundation, and the Trust for the National Mall. Mr. Gray earned his A.B. magna cum laude from Harvard, where he was an editor of the Crimson, and his J.D. with high honors from the University of North Carolina at Chapel Hill, where he was editor-in-chief of the Law Review. Mr. Gray served in the United States Marine Corps, and after law school, he clerked for the Chief Justice of the United States Supreme Court.